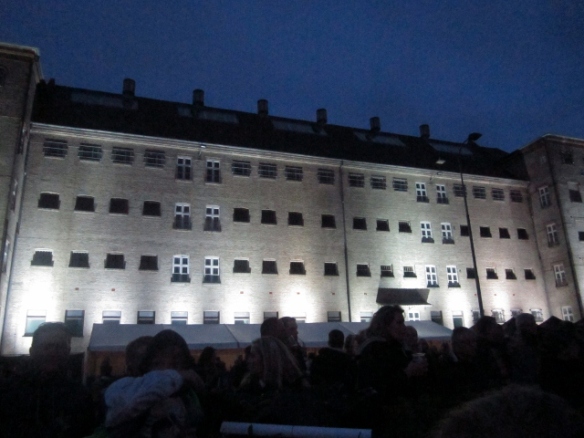 Horsens, funnily enough named after the fact that the town used to be a very important horse trading spot, has in more recent years become well-known for having a huge prison. The local government wanted to do something about that, with a kickstart from a man named Frank Panduro to bring them all together and seek funding and ideas. He invited a number of key people over for dinner, promising a really good meal and warning them that their dinner was going to cost them, but no further details. 17 out of 20 respondents showed up out of curiosity, where he pitched the idea of making Horsens a cultural hub rather than “the town with the prison” (which has long been closed). The end result was the prison yard being turned into a concert venue and lots of big name acts being invited. Inside the prison itself is a museum, which includes equipment historically used by some prisoners to escape. No surprises why they decided to build a new one!

One of the first concerts held there was Rasmus Seebach. He is a huge pop singer in Denmark, and has even recorded a song with Lionel Richie. The concert was great, and I also got to see Burhan G, who was like Danish/Turkish Justin Timberlake. He had a few pretty epic songs, especially the one with an electric guitar solo atop a lit up staircase with flames in the background. I challenge a pop-star to get more epic than that on stage!

It was a nice, though small, venue, with a cozy 10,000 people singing and dancing away. The most entertaining part by far was when I looked over to one of the walls and realised this was probably the only prison yard in the world with a giant “Exit” sign. 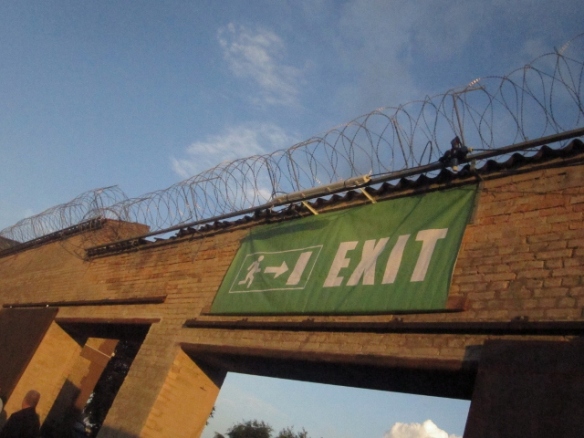 Burhan G. Before the apparently compulsory removal of shirt