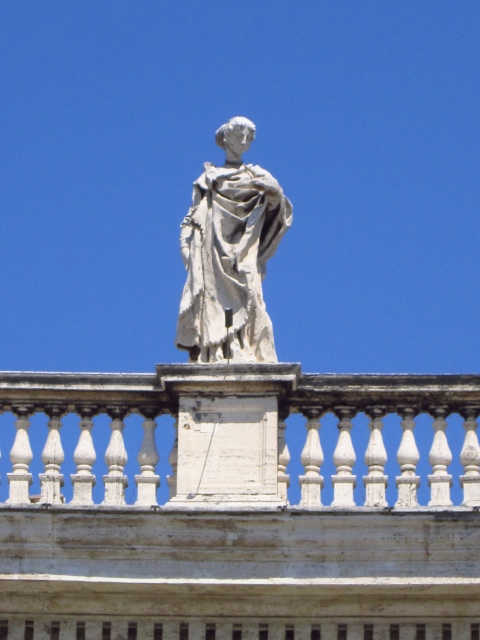 Round two was much more successful, this time I managed to be appropriately covered, but in some kind of divine revenge for even thinking I could enter with my knees bared, it was a 40 degree day. I don’t think I’ve ever been in anything more than 38, and even then I was feeling faint. Conveniently, there were enormous crowds on my arrival too. Standing in a gigantic line that went all the way around the courtyard (the line kind of wiggled around so as many people were in the shade as possible) it was going to be at least a few hours of incredibly slow movement. I was not fortunate enough to be one of the ones in the shade either.

About the stage where my vision was getting blurry and I had long since run out of water (tourism in that heat is just exhausting), a nice old woman came along to pitch the “skip the line tour.” I’d already been haggled multiple times for those tours and had written them all off as totally unnecessary expenditure. But by that stage I was already thinking about quitting on the Vatican and finding the nearest establishment that could put ice and water in a glass and give it to me. This woman told me that for €25 I could skip the line, go straight in and have a guided tour and I thought bugger it, I didn’t come on holiday to spend two hours in what felt like an inescapable sauna. I got her down to €20 and off we went. Sadly my feeling of relief was very short lived. First we had to go in to a nearby shop and sign up (they have to register names as a group apparently). Waiting around happened. Then we went back outside (at least we were in the shade) where the tour started with an incredibly long winded explanation of the history of the Vatican and the square out front. More waiting around happened. We did get to sneak round the back and get photos with the Swiss guard in their hilarious Uniforms, which was possibly one of the only perks. Then we were back out front again, more waiting, in to another shop to pay (you guessed it, more waiting), more “history” and explanations and finally we went around to the museum entrance. I would say it was probably almost an hour and a half before we were actually looking at anything inside the Vatican, and it was an enormous ruse so the tour guide could keep adding more and more people. Worst of all, when we got to the Museum entrance there were no lines whatsoever, and by then I was really annoyed at myself for not doing a bit of research. 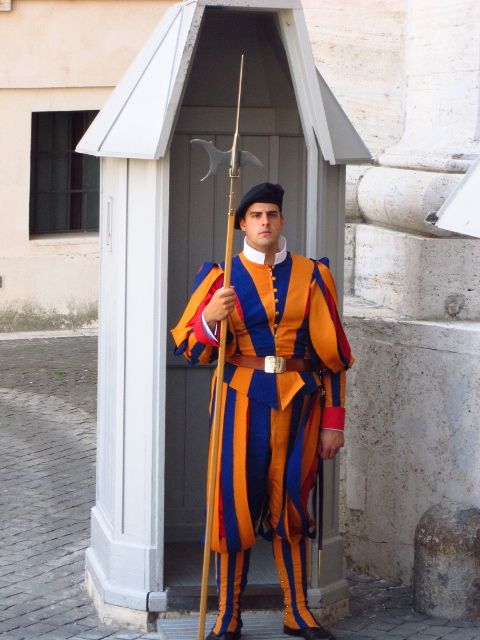 Like the thousands of people queuing out front, I had no idea that if you just go via the museums there’s almost no line, it spits you out at St Peter’s Basilica, and the museums/Sistine Chapel are where all the good stuff is anyway. The guide was also fairly useless, rushing us through when there were loads of things to see, and she only really knew about the few key things that she stopped to explain, and couldn’t answer basic questions about other things. For instance, when I asked what the enormous and rather out of place modern sculpture smack-bang in the middle of the courtyard above the Sistine Chapel was, she didn’t even have the decency to make something up! It’s quite the noticeable eyesore, looking like a giant, gold poké-ball. You’d think someone going past it twice a day would have some idea. Especially when they are meant to be an expert in the subject.

So I wound up paying some serious 40-degree-heat-induced foreigner/idiot tax. I will never again do one of the “skip the line” tours or turn up at something ridiculously famous in the peak of the tourist season without doing my research!

On the bright side though, whilst waiting for far too long out the front, the guide pointed out the names of the saints around the Colonades that matched those in the group. Apparently the one pictured above is Saint Harriet. Sounds fairly dubious and I haven’t been able to verify if that is actually true (the closest I’ve found is that it could be St Hilarion or St Hyacinth) but I don’t really care, I’m just going to assume that it’s true as it was probably the only interesting thing I learned on the tour. Ignorance is bliss.