When I saw this at the Aalborg Carnival, I thought it was a bunch of drunk people climbing on some cart being ridiculous, as it turns out it is a legit way to party in this cycle-friendly country – a cycle bar! 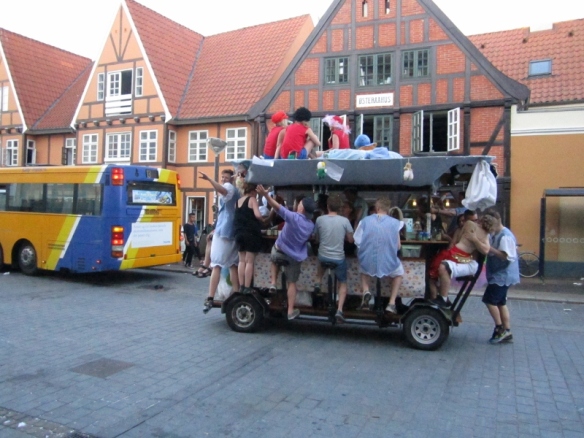 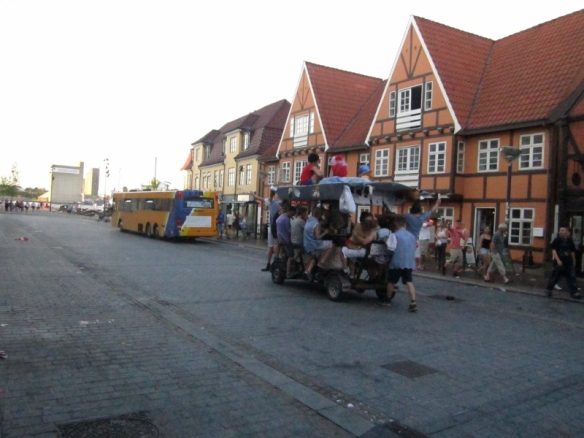 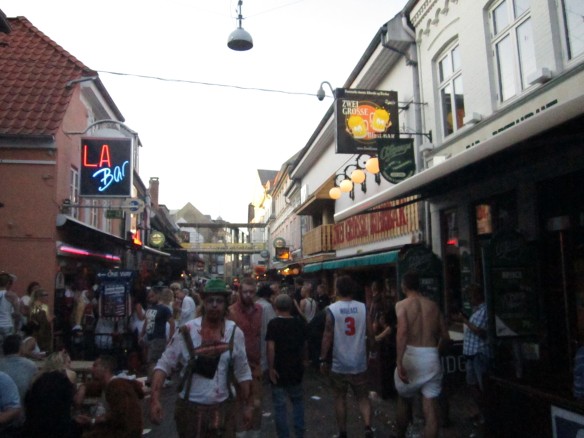 Aalborg is famous for its nightlife, largely because of one tiny lane crammed full of bars. Supposedly even a normal Saturday night is pretty crazy, let alone the annual street carnival that takes place there.

Upon arrival there were inebriated Danes running around in all kinds of costumes. After stepping off the train and seeing the streets teeming with happy hooligans I naturally assumed the street party must be just around the corner. However, we had to walk through many blocks of shenanigans and litter before we finally found the tiny little alleyway that was the centre of the action. The poor residents of Aalborg, I can’t imagine how much of a cleanup it must have been, as the entirety of the town was completely trashed!

As it turns out, the Danes are also a lot more historically accurate than the rest of the world. At least where viking hats are concerned. We searched far and wide for viking hats as our costumes, but couldn’t find them anywhere. We settled for equally ridiculous hats and an excessive amount of Danish flags instead. 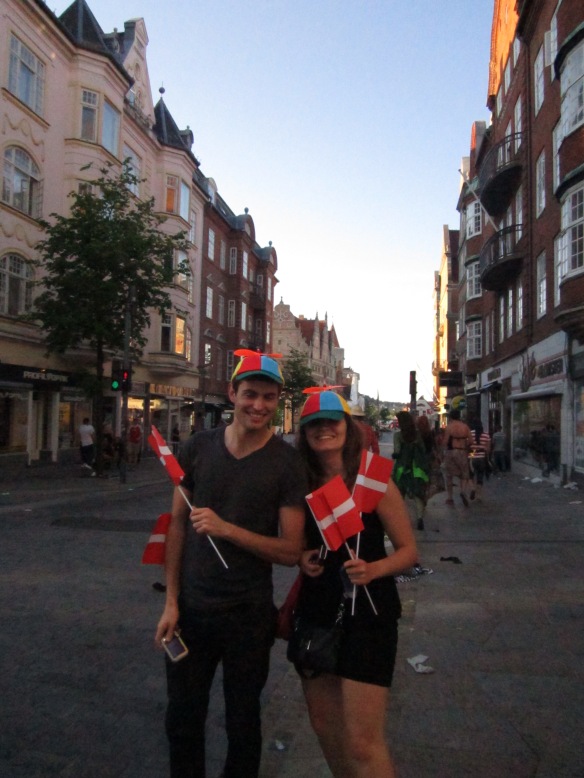 Other carnival goers had some brilliant costumes – stereotyped mexicans, Top Gun outifts, men dressed as babies (and plenty of men dressed as women) and my personal favourite: giant hotdogs. So Scandinavian.

It reminded me very much of the Hyde St Keg Race, a highlight of the University of Otago social calendar. Hyde st, like the main strip in Aalborg, is a tiny lane with houses right on the footpath’s edge, all crammed together. However, instead of 30 themed house parties in close proximity, it was a similar number of bars/clubs in a similar space.

Despite the ludicrous amount of litter on the streets, I was really struck by the behaviour of the thousands of drunk people around. They were all still so happy and friendly. Although there was a news report of one assault, I didn’t see a single confrontation, let alone a fight. With that many drunk people in one spot, it is almost expected that there will be fights galore. Maybe less so in NZ, but the average night out in any Australian town would certainly be full of them. What else do you expect in one of the happiest countries in the world!