Also known as Shen Mao, the Ping Pong bar in Aarhus has quickly become our local. It is a truly novel and amazing concept – a tiny little hole in the wall with great music, cheap drinks, and a ping pong table.

The rules are simple, and make for a fun challenge rather than the usual drink/dance combo most bars employ. You can get a paddle for 20kr from the bar, and then at the start of the game anyone can join, and is signalled over by prospective players banging their paddles on the table. When everyone is ready the first person serves, then each person is allowed to hit the ball once, and must very quickly move on afterwards so the next person can have their turn. If you miss, you are out. Eventually the game wittles down to two players, who keep playing until one person is 2 points ahead (according to normal table tennis rules). When it gets below 6 players, people are literally running in circles around the table so they don’t miss a shot! There’s no prize, just the glory/satisfaction, but it is still a whole lot of fun!

They also have some pretty sweet cocktail deals, and I have sinced learned that optimal playing ability is somewhere between cider and Long Island Ice Tea. Or ‘Loong Island Is Tee’ as they call it, with the engrish theme. 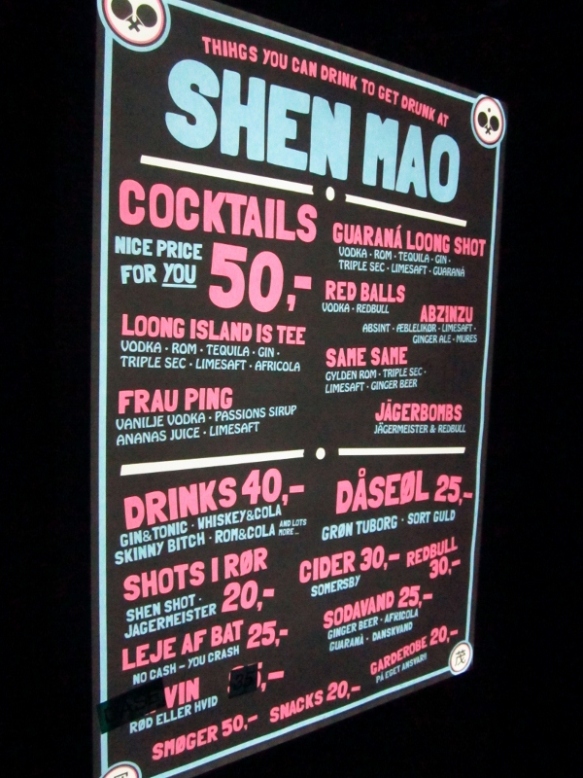 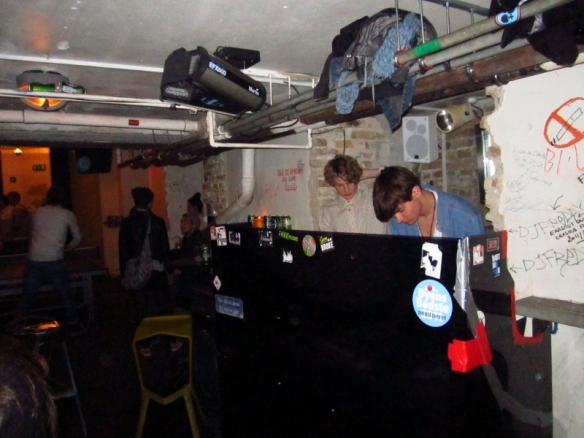