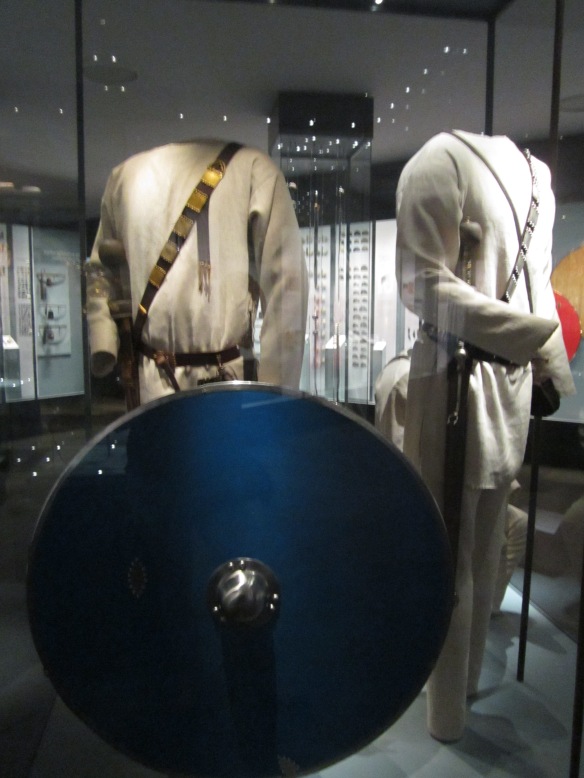 I’d been meaning to get to the viking museum for a very long time, but it kept getting put off given it is a bit of a bus ride out of town. Nonetheless, the day finally came. We would have been uber excited, unfortunately our heads were still in recovery from the Aalborg Carnival the night before, coupled with the Italian Pizza buffet we went to that morning. So useless, were we, that when we arrived we actually had to have a little lie down in the grass outside before entering the museum. 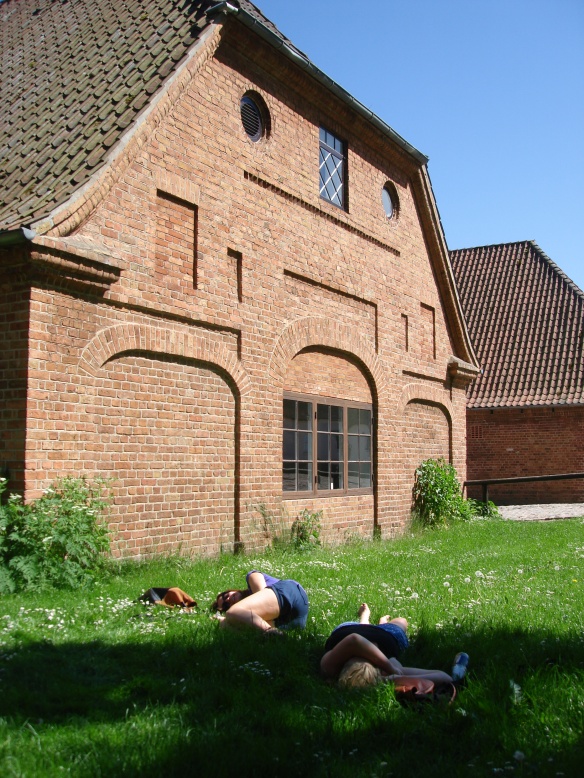 Once we finally forced ouselves upright from our food-coma (it was a glorious sunny day, so you can’t blame us for wanting to enjoy one of Denmark’s few days of summer) we were greeted by what can only be the most appropriate staff member at a Viking Musuem. A huge guy with long blonde hair and an epic beard. Apparently I was the only one that found him hilariously appropriate.

The first part of museum itself was full of all kinds of interesting tales and information, covering everything from how they farmed and hunted, their causes of death (which were almost always violent and hardly ever diseases or natural causes) to how the land changed over time.

Part two was an exhibition about mystical bogs. The two kiwis found it most entertaining, with all kinds of bog jokes coming out. The Canadian eventually caught on to the fact that ‘bog’ is slang for toilet and joined in the fun. Part of the exhibition was a man who had been incredibly well preserved in a peat bog, which was both fascinating and kind of sickening at the same time. He had been brutally murdered and had a giant gash in his throat. Lucky for us useless hungover souls there was a seat to sit and have a gander, also known as a much needed break from all that standing around doing nothing much. 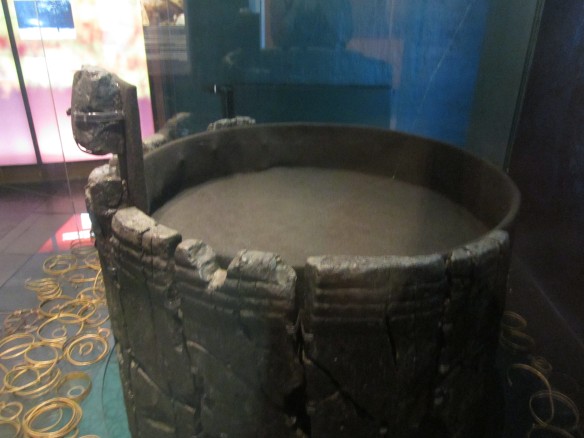 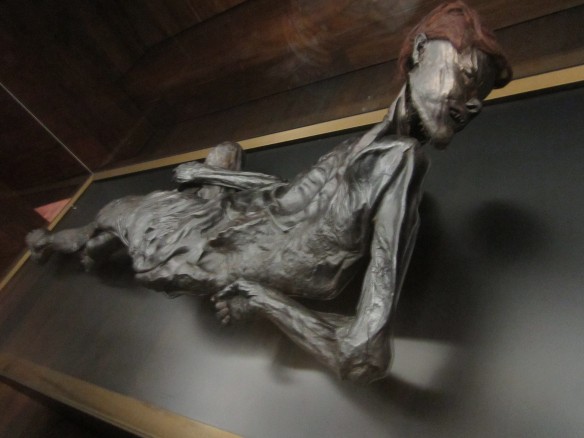 The next section was actually curtained off, and I think it was only meant to be used when school children visit. Obviously this was a signal something exciting was to be seen behind the curtain. And boy were we right. We didn’t wait to find out if we were allowed, but instead got dressed up in the viking costumes and climbed on the chunk of longboat sticking out of the wall. Epic. 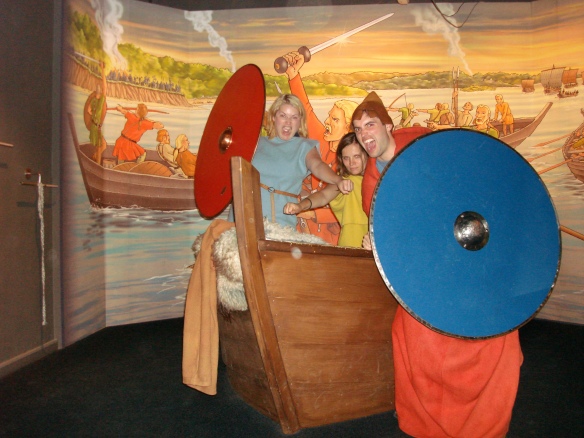 After that we found a whole bunch of viking weapons and shields, and learned all kinds of interesting facts. My favourite, was that when one of the villages was attacked, they defeated their intruders and in a fit of rage destroyed all of the weapons, armour, jewels, and probably bodies of their attackers, and threw them into the lake (Skanderborg Lake, to be precise, very near where I live now). Archaeologists have found huge piles of bent swords and armour, with no other explanation than that they were deliberately destroyed. They were also too far out to have been thrown, so the conclusion is the vikings took them out in boats and dropped threw over the side. Even gold and jewels were thrown overboard, instead of kept. Not one skeric of a reminder of their attackers was to remain! 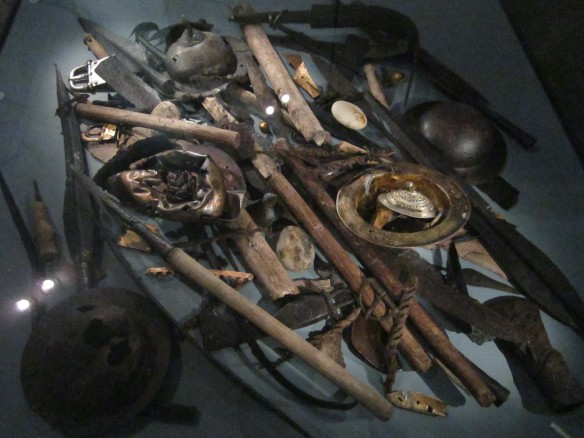 There were also some fascinating rune-stones on display at the museum, and plenty of other fun facts. All in all I thoroughly recommend a visit!